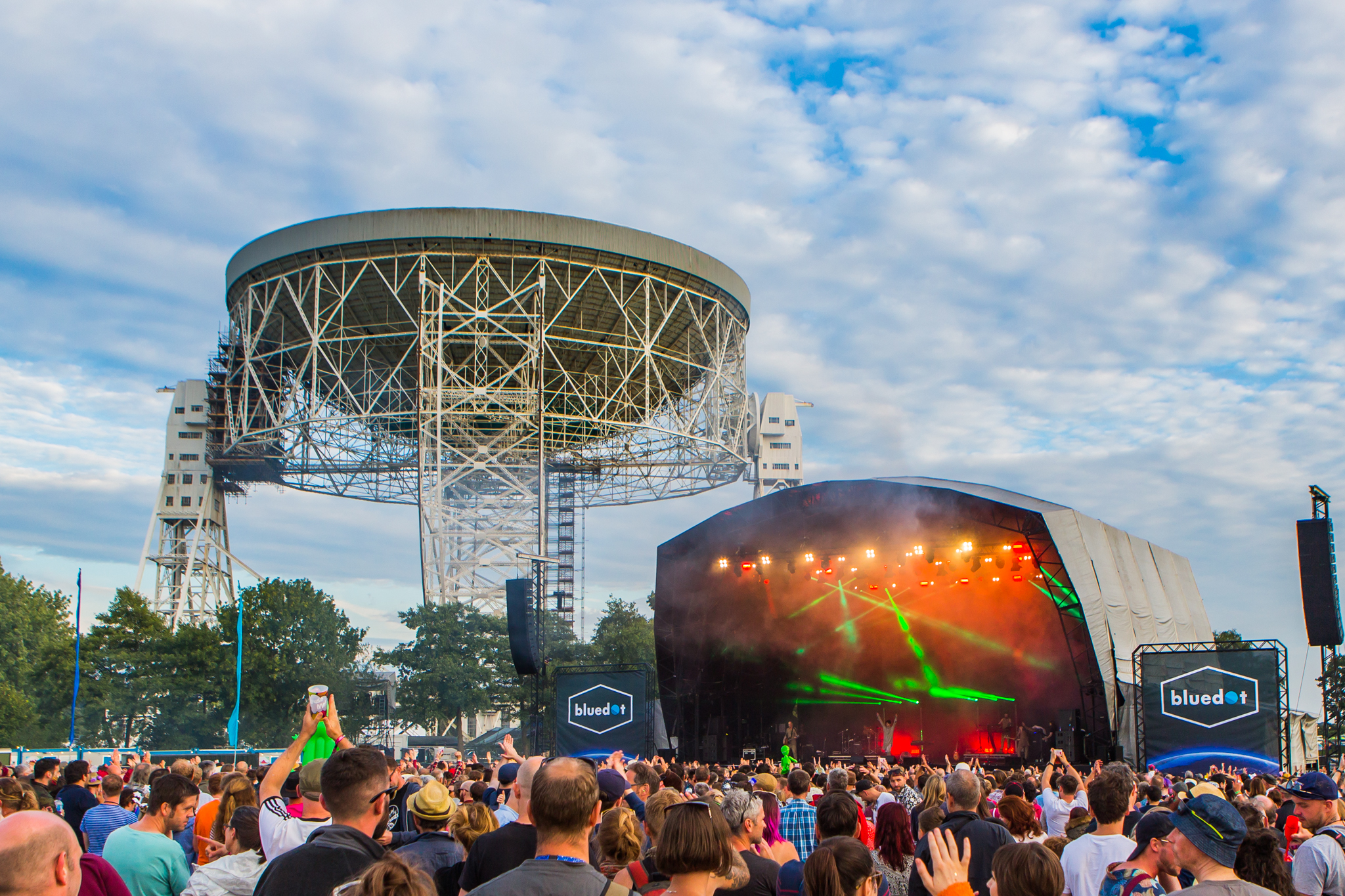 We’re so excited to unveil our first wave of bluedot 2023, a unique carnival of music, science and cosmic culture beneath Cheshire’s iconic Lovell Telescope.

Grace Jones, Pavement (only UK show of 2023), Roisin Murphy and Leftfield joining the already announced Max Richter and the BBC Concert Orchestra at the iconic Jodrell Bank Observatory from 20–23 July 2023.

bluedot has also revealed the first science names visiting the UNESCO World Heritage Site of Jodrell Bank Observatory, including BBC Sky at Night’s Chris Lintott and Maggie Aderin-Pocock, Brainiac Live and renowned climate change researcher and author Mike Berners-Lee, whose How Bad Are Bananas? was named by The Independent as one of its ten recommended “best books to help you live more sustainably”. UK Space Agency’s Libby Jackson OBE and The Open University’s Professor of Planetary and Space Science Monica Grady CBE will also return to the festival. The full science bill will be revealed in the coming weeks.

There is also a first taste of the culture and comedy line-up including a David Bowie special edition of Adam Buxton’s Bug!, a screening and in-conversation with Moonage Daydream director, writer and producer Brett Morgen and an afternoon with White Rabbit Books featuring talks with Mogwai’s Stuart Braithwaite, Lias Saoudi of Fat White Family, and 90’s icon Miki Berenyi, whose book Fingers Crossed: How Music Saved Me From Success was named Rough Trade’s book of the year for 2022.

Families are well catered for with a host of exciting and interactive entertainment from Our Kids Social Silent Disco, Pop-Up Puppet Cinema and the ever popular Jedi Lightsaber Training and gourmets will delight in the VIP Village curated by Manchester-based food charity Eatwell and featuring some of the very best food and drink brands in the region including Dishoom, Caroline Martins, Where the Light GetsIn, Another Hand and more.

‘A unique festival in which science and music go hand-in-hand, and where homemade spacesuits are as plentiful as band T-shirts’ – The Guardian 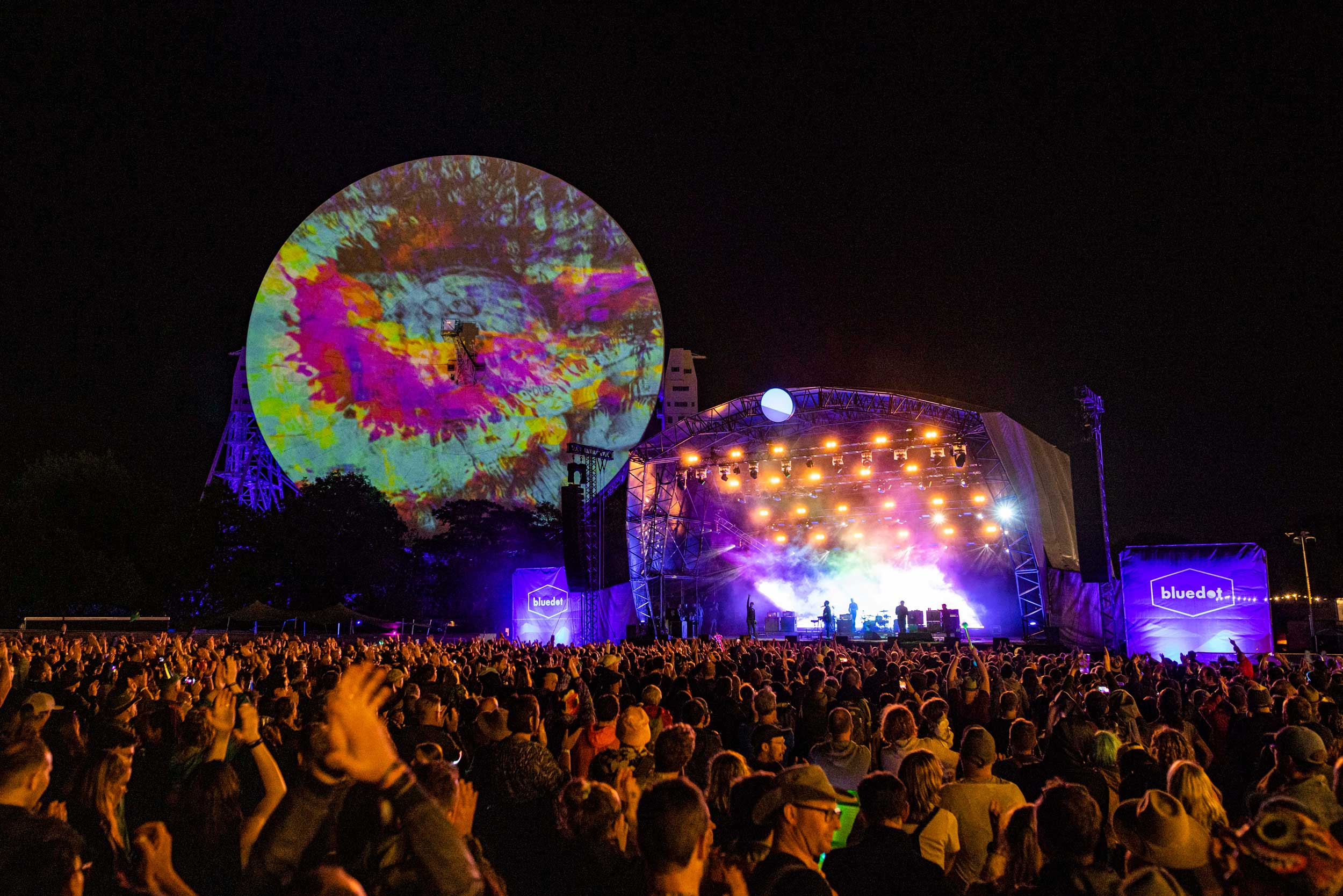 *Thursday Opening Concert requires separate ticket to bluedot weekend and can be booked either as a standalone day ticket or an add-on to your weekend booking.

FULL WEEKEND LINEUP TO BE ANNOUNCED

Introducing The Colony, our boutique campsite at bluedot. Wake up beneath the towering Lovell Telescope in our Bell Tents, Podpads, Bedouin Tents and more, and explore the vast wonders of the cosmos – or just sit back and observe the view. If you’d like to upgrade your standard weekend camping to something extraordinary, The Colony is the place for you.

These are available as buy outright or with our deposit scheme – spreading your payment across instalments, paid off before you arrive at bluedot.